As the month of March draws to a close, uncertainly looms as VA continues its efforts to improve the appellate system for service connected disability claims.

On the positive side of the ledger, on March 23 VA announced the deployment of a new tool that will allow veterans to track the status of their appeals via the vets.gov website.  The tool, which went live two days earlier, constitutes an apparent effort to increase transparency and accountability within the appeals system. According to then-VA Secretary David Shulkin, “It’s important that our Veterans have the opportunity to track their appeals process in a timely and efficient manner . . . For the first time ever, Veterans can see their place on the Board of Veterans’ Appeals’ docket, including the number of appeals that are ahead of them.” Although the status tracking tool is a step in the right direction, challenges remain as status information continues to be inaccessible to Veteran Services Officers and other advocates who may be assisting a veteran with his or her claim.

VA's efforts to improve its appellate process have lagged in other respects, however.  These shortcomings were discussed at length in a March 27 report from VA's Office of Inspector General ("OIG") entitled Review of Timeliness of the Appeals Process. In a press release issued two days later, the OIG summarized its findings as follows:

The OIG found VBA staff did not always timely process the appeals workload. Generally, periods of inactivity occurred because: (1) [Veterans Benefits Administration ("VBA")] senior leadership prioritized the rating claims backlog over other workload and did not dedicate sufficient resources to timely address appeals; (2) VBA had an ineffective procedure for notifying VA Regional Offices when they were required to process Board grants; (3) some appeals were prematurely closed because VBA staff failed to update, or incorrectly updated, the electronic system and relied on an automated function to close some appeals; and, (4) VBA staff failed to follow the Board’s remand instructions due to inattention to detail and ineffective oversight. In some cases, delays caused by VBA resulted in appellants waiting years to receive favorable decisions and compensation. The OIG estimated that VBA staff issued favorable decisions in 29 percent of appeal stages completed during the first quarter of fiscal year 2016, resulting in additional compensation averaging approximately $32,800 through January 2016 and $650 in recurring additional monthly payments as of February 2016. Delaying decisions also resulted in some appellants paying more of their benefits to accredited attorneys and agents, and some appellants died before receiving final decisions on their appeals. Furthermore, processing errors resulted in loss of control of some appeals, misrepresented VA’s reported statistics, and caused unnecessary delays. The OIG made four recommendations and the Executive in Charge concurred with each one. 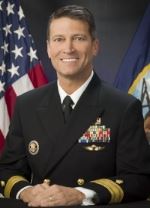 Finally, as has been well-publicized, on March 28 President Trump terminated Dr. Shulkin's tenure as the ninth Secretary of the Department of Veterans Affairs. The president has nominated White House Physician, Dr. Ronny Jackson, to become the beleaguered agency's tenth Secretary. Dr. Jackson, a recently-promoted US Navy Rear Admiral, has not yet shared his vision for righting the listing ship that VA's appeals process has become.  Dr. Shulkin has argued that his refusal to consider the privatization of VA services led to his termination. In an op-ed penned to the New York Times, Dr. Shulkin argued that Privatization will ultimately hurt the Veterans of the US military, stating that "I am convinced that privatization is a political issue aimed at rewarding select people and companies with profits, even if it undermines care for veterans.”  The following day, speaking at an event in Ohio, President Trump stated that he "wasn’t happy with the speed with which our veterans were taken care of" and stated emphatically that "we need to give them choice." It remains unclear as to whether Dr. Jackson favors such privatization of some or all of VA's systems to provide the "choice" that the president seeks to implement.