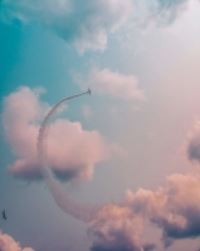 On Wednesday, November 7, 2018, the United States and Vietnam announced that a five-year, $110 million project that decontaminated soil at the Da Nang International Airport was completed. During the Vietnam War, large amounts of Agent Orange were stored and sprayed in and around the Da Nang airport. As a result, the airport and the surrounding areas were contaminated with dioxins, a dangerous chemical contaminant included in the mixture of the Agent Orange herbicide.

Agent Orange, used by the United States to defoliate the jungle during the Vietnam War, has produced health issues in exposed populations, including prostate cancer, Parkinson’s disease, and respiratory cancers. It has also been linked to birth defects in the offspring of those exposed. It is estimated that 11 million gallons of Agent Orange were sprayed between 1962 and 1971. Although Agent Orange was banned in 1971, dioxin is still present in the soil.

This article is authored through the collaborative efforts of Krista Landry and other legal professionals at West & Dunn, a law firm dedicated to providing quality legal services and business counseling to individuals and businesses, with a particular focus on assisting veterans of the United States Military.