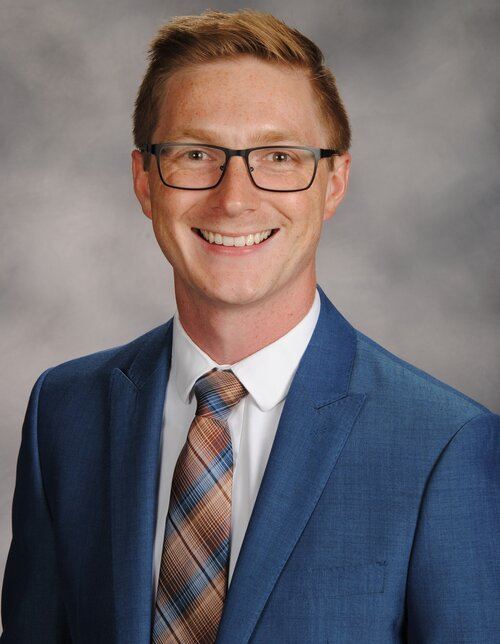 Wright and the legal professionals at West & Dunn discuss a recent case over Indian sovereignty. Mr. Wright is a Student Associate at West & Dunn and second year law student at the University of Wisconsin - Madison.

On July 30, 2020, the United States Court of Appeals for the Seventh Circuit decided a Wisconsin case that reflected the local impact of a broader shift in how the United States government treats Indian reservations and their sovereignty. On its face, the case was about whether or not the Oneida Nation of Wisconsin had to comply with a local ordinance imposed by the Village of Hobart in order to hold its annual Big Apple Fest. In reality, however, the case impacted the legal treatment of Indian reservations and gave the Oneida Nation, and other tribes across Wisconsin, more freedom to act independently of local, state, and federal laws.

The Oneida were originally members of the Iroquois Federation in New York, but, like many other tribes in the 19th century, were forced westward by encroachment on their lands and pressure from the government. Eventually, the 1838 Treaty with the Oneida established 65,000 acres of Oneida Nation reservation lands just west of Green Bay. Under the treaty, the lands were legally held by the tribe as a whole.

In 1887, Congress passed the Dawes Act, which allowed reservation lands to be “allotted” or, in other words, to be divided and sold to individual landowners. The Dawes Act, an attempt to reduce tribal lands and assimilate Indian tribes, resulted in a buy-up of many of the Oneida lands by non-Indians, either by sale, foreclosure, or enforcement of tax liens. By 1917, over 50,000 of the original 65,000 acres of the Oneida Reservation were owned by non-Indians.

In 1934, in part recognizing the disastrous effect of the Dawes Act on tribes across the United States, Congress passed the Indian Reorganization Act, which allowed tribes to reorganize and have the Secretary of the Interior re-acquire allotted lands, which it would then hold in trust for the tribes. As of December 2017, the U.S. government held approximately 14,000 acres of land in trust for the Oneida Nation.

In 2002, using lands acquired during the allotment period by European settlers, the Village of Hobart became an incorporated municipality of the State of Wisconsin. The Village was located entirely within the original Oneida Nation Reservation borders established by the 1838 treaty.

Since 2009, the Oneida Nation has held its annual Big Apple Fest - a free, public festival featuring elements of Oneida’s culture, including apple picking, horse and wagon rides, festival food, live music, and an apple pie contest. The festival takes place partly on Oneida Nation land, partly on land held in trust by the U.S. government, and partly on land owned by the Village of Hobart, though all lands are within the historical Oneida Reservation borders.

That year, the Oneida Nation refused to apply for a permit, went ahead with the festival, and was fined $5,000 by the Village of Hobart. The Nation filed suit, arguing that the Village had no jurisdiction to impose its ordinances on the tribe within bounds of reservation lands.

The question then arose, as it so often does with disputes over tribal land: Who owns the land? Under the 1838 treaty, all lands within the reservation boundaries belong to the Oneida Nation, and are therefore independent from the laws of federal, state, or local governments. However, under the 1887 Dawes Act, the Village of Hobart had acquired title to its lands and had passed its own laws to govern them.

In 2019, the District Court for the Eastern District of Wisconsin sided with the Village, holding that the Dawes Act, and subsequent laws, implied that Congress had intended those sold lands to be removed from the Oneida Reservation lands. This assumption meant that all lands transferred away from the Nation via allotment would no longer be Oneida land, and therefore, the Village of Hobart had the right to impose its own ordinances on Village land.

However, on appeal, the Seventh Circuit disagreed. Relying on established Supreme Court precedent, the court held that no treaty establishing an Indian reservation could be diminished or destroyed without an explicit act by Congress. It found that there was no language in the Dawes Act, or any later laws governing the Oneida lands, that reduced the reservation’s original borders, and absent any such language, the court would not assume that Congress intended the Dawes Act to break the 1838 Treaty With the Oneida. In doing so, the Seventh Circuit ruled in favor of the Nation, holding that all lands within the borders of the 1838 Treaty, whether held by Oneida tribal members or not, were still within the reservation, and thus tribal law ruled.

In its ruling, the Seventh Circuit cited an already-famous case decided just weeks before: McGirt v. Oklahoma. In McGirt, the U.S. Supreme Court ruled, under a very similar allotment question, that a large chunk of Eastern Oklahoma was subject to the laws of the Creek Nation, and not the State of Oklahoma. In doing so, the Court vacated a conviction of a man convicted under Oklahoma state law for crimes committed within the Creek Reservation. The Court held that the state had no jurisdiction within the boundaries of the reservation, even if those lands had been sold off to non-Indians during the allotment period. (Side note: this did not mean that McGirt walked away scott-free. Prosecutors can still choose to try him under federal law, which has jurisdiction in reservation lands along with tribal law.)

Oneida Nation v. Village of Hobart is likely the first of many cases to test this new boundary of state and local laws in reservation lands. It doesn’t mean that people holding lands within historic tribal reservation boundaries will lose those lands, or that people can commit crimes in those lands without fear of reprisal (federal and tribal law still apply within tribal reservations). But it does mean that the rule of law within those lands will return to the hands of the tribes who originally settled there. McGirt set the stage for a redistribution of legal power to the tribes promised those lands under treaty with the U.S. government. In doing so, the courts are recognizing and taking action to fix the catastrophic loss of land and legal rights that occurred as a result of centuries of paternalistic government rule over Indian tribes.

In a more practical sense, this ruling and others like it, will affect the way cases are tried and how lawyers practice. With the broadened borders of tribal law, clients and lawyers will wrestle with the fact that their lawsuits may actually fall within the jurisdiction of tribal law. This may lead to more legal disputes about which court has jurisdiction (state, federal, or tribal), and whether (and if) a client should file their case.

The attorneys at West & Dunn have years of experience with land law, local ordinances, state and federal statutes, and have litigated claims in several different jurisdictions. If you have a legal question or a possible lawsuit, please feel free to call us at (608) 490-9449 or contact us online.